In the second of my author interview series I’m talking with William Ablan. Raised a cowboy in Southern Colorado, William dreamed of doing more with his life and spent the next twenty eight years a policeman, both with his local police department and in the military. William now uses his experience not only in writing autobiographical fiction and how-to blogs, but also to help those less fortunate than himself.

Firstly William, thank you for agreeing to this interview.

As a Brit, I was excited when I saw you were raised a cowboy. Was it really as interesting as the Westerns make out?

It had its moments. I learned to ride, rope, fix fences, move cattle, doctor on them. I was running the ranch by the time I was 13 years old, but the Ranch was never big enough to support us all. Since I was busy adventuring around the world, I let my brother have it. I do miss it and I hadn’t ridden a horse for years until a few months ago. My dream is to buy a few thousand acres in Wyoming or Montana, raise cattle, build a nice ranch house, and go out with my boots on.

I love the rodeo where I live now in Greeley, Colorado. It’s a yearly thing, with parades, the rodeo of course, and a concert every night.  We’ve had some big names come through on our stage.  The one downside of the community is the occasional odour that drifts in from the stockyards east of town. I tell people it’s the smell of money, and the reason it smells so bad is it isn’t my money.

So how did you become a police officer?

My people weren’t the kind to want to go out in the world. At an early age I developed a love for the stars, technology, and writing. Something in me just kept says that my dreams were important. I took my degree in my passion for astronomy, but at twenty one I needed a job, and applied to my local Police Department. I tested, did everything for the job, and figured I’d be the last person they ever wanted as a cop (I’ve never thought of myself as a tough guy). Next thing I knew, I’m wearing the uniform, a badge on my chest, and pistol on my hip. It was the beginning of an extraordinary experience. I spent twenty years in it. I’ve been a working detective, worked undercover, and VIP security. I also spent eight years in the US Army with the Military Police and partied in Panama with Manuel and his Merry Men, as well as the Gulf with Saddam and his boys.

After working 28 years as a civilian and military police officer, what was it like transitioning to civilian life? Did you miss the thrill?

I knew it was time to start doing other things and find out what else I could do. So I did emergency management and I got into computers doing that, and before too long had my own company. As to missing it, well, one reason I don’t take the police or sheriff’s officers up on their offers to ride along is I know I’d miss it.  I loved detective work, and I’d miss the thrill of the hunt.

When you’re not working or writing you do a lot of work with hard luck cases through your church. You must get a lot of satisfaction in helping people?

Yes. I give them someone to talk to. I’m the someone who’ll listen. I work with the homeless, veterans with PTSD and gang members to name a few.  The vets respond because I let them talk to someone who not only survived it, but has managed to thrive in spite of PTSD. Gang members can be very interesting, and once you strip the BS away, you discover a lot of them are very alone. In a lot of cases, there isn’t a strong male figure in their home, whether dad is absent and mom is desperately trying to keep the lights on by working two or three jobs.

I tap into their dreams, and encourage them to make them happen. In a lot of cases, trust is a hard thing to come by. They don’t trust a lot of folks outside their little circle, and then they only trust those to a point. There’s a lot of fear of leaving the familiar behind, and some just can’t do that. But when they decide to give the dreams a shot, and put their whole heart and soul into it, amazing things happen. One became an EMT. Another a Police Officer. Others have opened businesses. I tell them this is what God expects out of a man (and I explain it to them). It’s a big yard stick, but when they dare to stand up against it, they change themselves. 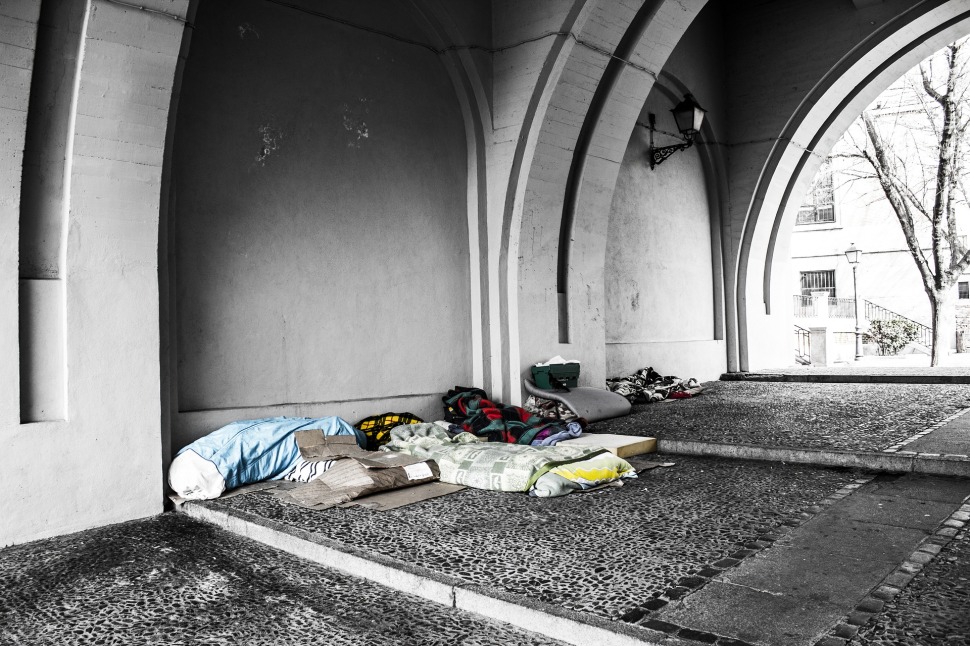 So when you’re not doing all these wonderful things, you write. You’ve written and self-published ‘The Lawman – The Cross and the Badge’.

Yes, the book is autobiographical fiction / Police Mysteries & Adventure. A lot of what happens in it, happened. I based the characters on real people, and in locations that are real. They’re all incidents and cases I was involved in. For years I’ve told my stories to people. They’ve always said, ‘You should write a book.’ My answer was always, ‘Forrest Gump has already been written!’ For years I avoided putting them down on paper because some it is just plain painful. But then I started writing them down, stuck a different name on the central character, and the next thing I know I had a book about a man, a veteran police officer and soldier, suffering from years of dealing with the heartache and traumas of war and years of police work. He’s having to reconcile that pain, with his new found faith, all while continuing to do a job that could easily overwhelm him.

It sounds like you’ve got a lot of books in you.

Yes, I have another three books I’m already working on. Next on up will be called “The Lawman – Killing a Lion”, hopefully to be released for Christmas this year and it will be the first book in what I’m calling the ‘Family Secrets’ trilogy.  Will Diaz, his family, and friends will be putting it all on the line before it’s all said and done.  Most of it already exists in rough draft, and I hope to have the whole thing wrapped up in a year or two.

Thanks for joining me

Thank you again for taking your time to speak with me. William Alban’s first book, ‘The Lawman – The Cross and the Badge’ is available now to buy from amazon and why not check out his blog here. I wish you the best of success and hope you keep in touch to let us know how you get on with your next novel.

If you enjoyed this interview then why not follow my blog and I’ll be posting more interviews soon. If you have a question you would like to ask William please let me know in the comments and I’ll get them to him.

If you’re an author, or you’ve just got an interesting story to tell and you’d like to be interviewed, just drop me a line on contact@gjstevens.com