A life long Ohioan, Dawn Hosmer joins me to delve into her writing story as she prepares to release her first novel Bits & Pieces, a psychological thriller with supernatural/paranormal elements publishing through Ant Colony Press in the coming months.

Thank you for joining me Dawn. Can we start by telling me a bit about yourself?

I have spent my career in social work, ranging from positions as a Chemical Dependency Counsellor at a Women’s treatment centre, to government positions, to working in a local school system and as the Family Services Director for Habitat for Humanity. Helping people is one of my passions; writing is another. 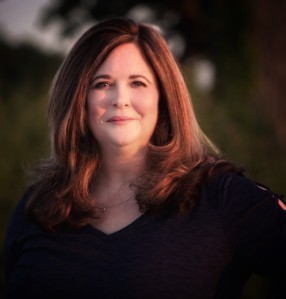 I often joke that I think I have the word COUNSELLOR stamped on my forehead. Everywhere I go, someone opens up to me and tells me part of their life story. And I do mean, everywhere…public restrooms, the grocery store, the airport, the beach, restaurants. It drives my family crazy but I feel honoured that people feel free to share parts of themselves with me. I truly believe that sometimes just having someone listen is what helps people make it through their day. So, I am always willing to offer a smile and listen if I’m the one someone chooses to share with.

I was diagnosed with Crohn’s disease 15 years ago. Having an auto-immune disease has changed my life drastically and in ways I never would’ve chosen. I am no longer able to work outside of the home which I hate but it has allowed me to focus more on my writing and my family.

Has Crohn’s disease effected your writing in any way?

Crohn’s disease has not really had an effect on the subject matter of my writing but it has impacted my writing behaviour. On days when my illness is at its worst, I can’t focus on writing at all because of pain, exhaustion and brain fog (which makes it nearly impossible to hold onto a coherent thought). I think my pace of writing has slowed down as my disease has progressed because my energy is so limited, even on a good day. So, if I’m busy with my family, I probably won’t have the energy or mental capacity to focus on writing later in the day. My illness also requires that I “pay” for any fun I have i.e. if I go on a family vacation (which for most people would be restful and they’d return rejuvenated) my body oftentimes needs a week to recover.

I don’t usually write every day. If my energy and health cooperate, sometimes I do but generally I mull the story around in my mind for a while and then sit down and write one to two thousand words until I come to a natural break. My goal is to write 4 days per week – sometimes this happens, sometimes it doesn’t. I am a pantser all the way. I wish I could be a plotter but that’s not how my brain works. I get an idea and know generally where I want to go with the story but truly the characters take over and write the story for me, often leaving me surprised.

How long have you been writing for?

I’ve been writing in one form or another since elementary school. I recently found the first “book” I wrote in the 1st grade called The Lame Girl and The White Steed. It was such a depressing story but I remember being so proud of it at the time. I started my first novel about 11 years ago and queried it for several years before moving on to my second, which will be my debut. I am now writing my third.

Find what works for you. You don’t have to write with the same routine as anyone else to be considered a writer. Get the first draft down, even if it’s awful. You can always fix it later – that’s what re-writes are for. I see too many people start writing but they are so worried about getting it perfect that they never finish that first draft. Just keep writing. Get the first draft out. Make it shine later.

Tell me about Bits & Pieces, your psychological thriller novel which is due out late 2018?

A chance encounter with a stranger turns Tessa into a woman with the mind of a killer and the desire to find her next victim. Tessa was born with a gift. Through a simple touch she picks up pieces of other people – a memory, a talent, a premonition or pain. A “flash” of colour devours her, the only indication that she’s gained something new from another person. Each flash she experiences blurs the lines between her inherent traits and those she’s acquired from others. Whenever she gains something new from someone, she loses more pieces of herself.

While assisting in search efforts for a local missing college student, Tessa is paralyzed by a flash that rips through her like a lightning bolt, slicing apart her soul.  A blinding light takes away her vision. A buzzing louder than any noise she’s ever heard fills her ears, penetrates her brain. As the bolt works its way through her body, images and feelings also take over. Women’s dead eyes stare at her as her hands encircle their throats. Their screams fill her mind. Memories invade her of the brutal murders of five women. This stranger’s touch has awakened a desire to kill. Part of her wants to be locked away to keep everyone safe. The other part wants to find justice for the victims and try stop a serial killer. She doesn’t know if she can do this without completely losing herself.

What were your biggest challenges in the whole process?

This was, by far, the easiest book for me to write. The story truly just came to me. I wrote the first draft in about 24 hours, over 17 writing days. Editing was a bit trickier because I had to fix all of the places I tell instead of show. One of the biggest challenge has been dealing with rejection in this process. It is so hard not to take it personally despite the advice everyone gives. My writing is sharing a piece of my heart – so of course it hurts when I get a rejection. My first written novel will be published with Ant Colony Press. I am so excited to get my work out there but it’s also a bit frightening. I think the biggest challenge for me is going to be marketing – I don’t have much experience with it but I’m going to learn all I can in the next several months so that I’ll be ready.

Why did you choose to go choose the indie press route for publication?

I chose Ant Colony Press because I felt that I needed to make a  move forward with my writing career. An Indie Publisher was the perfect way choice for me because I get to maintain more control over my work, including a final say in the cover design. And, the process is so much quicker than with traditional publishers. I had gotten stuck in my writing and felt like I couldn’t move forward until I did something with one or both of my first couple of books. Once I signed with Ant Colony Press, the floodgates opened and I can now write again.

You mentioned marketing, what are your plans so far? 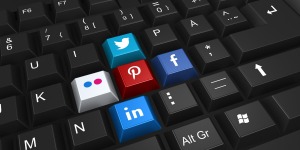 I’m trying to set up a website now with the goal of blogging once or twice a month and I participate in many of the daily writing events on Twitter and love the community I’ve built there. Twitter has been a godsend. I actually found my publisher through #adpit on Twitter. I have had more interest in my writing from agents and publishers since joining in March than in the past 10 years combined. I make it a priority to actively engage in conversations on Twitter to build a sense of community. I find that I have a lot of support on Facebook as well but still need to create a separate Facebook Author Page.

You may want to look at the publishing updates on my blog where I lay out all of my ideas and plans. You’re welcome to swipe what you need and let me know how you get on! I update it around about each week so keep visiting!!!

I’m trying to arrange a launch party and there are several local Indie Bookstores that I will be approaching about carrying my books and/or signing events. I will also be donating copies to several local libraries as well as approaching 3 local Barnes and Noble stores to see if they would consider stocking locally. I will definitely check out your blog because I need help!

Do you get any guidance from the publisher on marketing?

Yes but since they are small there is only so much they can do. They have a newsletter that they send out bi-monthly. They also help with submission to any awards/contests and assist with getting my book on the shelves in stores. They also will create “bling” for book promo like T-shirts, coffee mugs, book marks etc.

It only leaves me now to thank Dawn for joining me for this interview and to wish her all the best with Bits and Pieces and I hope you’ll keep in touch with a release date and you can also follow Dawn on Twitter, @DawnHosmer7 and Instagram @Dawnh71..

If you enjoyed this interview then why not follow my blog where I’ll be posting more interviews soon and I regularly provide an insight into my own experiences as I work towards publishing my debut novel, In The End. If you’re an author, or you’ve just got an interesting story to tell and you’d like to be interviewed, just drop me a line on contact@gjstevens.com