Tell me about your wonderful, eclectic mix of interests.

Yes, I was a boxer, and after competing for three years on the amateur circuit, I hung up my gloves and laced up my skates to play roller derby, where I played regionally for another 4 years. I love to be active and in the outdoors. I travel and explore. I cosplay with the Avenger’s Initiative, a community outreach program, and build historical gowns that I wear to costume masquerades and balls in the U.S. and Europe. I have a great love for antiquated dancing, like Victorian waltz, polkas, and Baroque minuets. I’m also a gamer on most platforms: tabletop, PC, and consoles. Puzzles are fun too…1000pc minimum or go home.

Now in my parents’ house, my first ballet slippers are hanging with the taped wraps from my first boxing match, so there’s a fun juxtaposition. 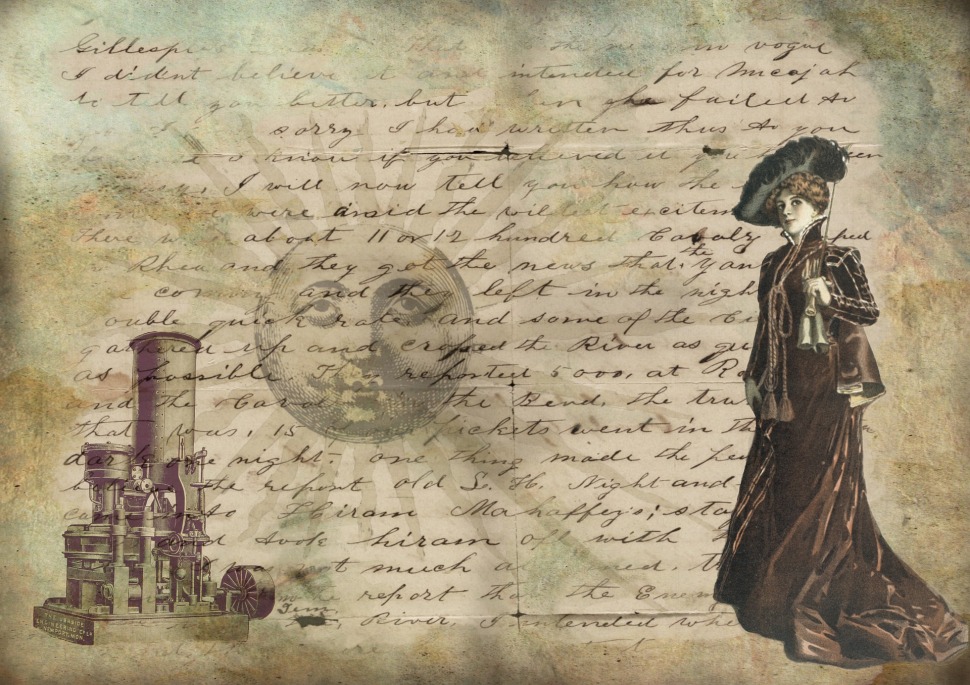 Your story,  A Peculiar Count in Time, features in the Fairfield Scribes’ time travel anthology, When to Now. Already I can tell from these first few moments it’s going to be something different.

It’s my first published piece. It’s historical fiction with a dash of steampunkery that follows Isabella Cooper-Oakley along her journey to discover answers to age old questions as she pursues the original international man of mystery, the Count of St. Germain.

I chose Isabella not only because she existed, but because her obsession with St. Germain was not of my own creation; as history would have it, she was intrigued enough with him to author her own book about him, The Comte de St. Germain, published in 1912.

Can you tell me about your writing process?

I write at home, at work, on the train, at the park, in the tub…wherever I am when something comes to me, I’ll write there. I play ambient music in the spirit of what I’m writing, usually playlists of songs from video games, folk, or other similar styles. If I’m in brainstorming or 1st draft mode, I use pen and paper – I find that the initial words come quicker, it’s easier to reflect upon, and it travels everywhere with no fretting about battery life or internet connection. Once I’ve vomited all those ink-thoughts up, I take that draft to a simple word processor.

Which stage is your favourite part of the process?

I do enjoy each stage for their own reasons, but I feel strongest editing the first draft that’s been reviewed by beta readers. At this point, the story is completed, and there’s a huge sense of accomplishment. With the initial words already down, it’s much easier to manipulate them, so this is the step where my work sees its greatest improvements. Even though I’m hit with a ton of criticism, the feedback helps confirm what works in the story, while picking out what doesn’t. Though I may not agree with or use everything suggested to me, I always entertain what options it presents. Sometimes this process leads to fantastic new avenues, while other times it results in axing a scene I really enjoy, but even if it hurts in the moment, it’s worth it to make the story stronger. Being forced to consider new options and perspectives is a powerful tool for writers, and it can breathe new life into the story and characters if you let it.

I’ve worked in musical theatre for most of my adult life, and here’s what I’ve learned from it – plan and prepare the best you can, so that when the unpredictable occurs, you can roll with it like a champ. The show must go on.

Can you tell me some more about A Peculiar Count in Time?

It’s actually an excerpt from its novella, The Curious Count of St. Germain, which I hope will be published in its full glory in the near future.

John and Isabella build a time machine after they’re convinced they’ve encountered the Count of St. Germain nearly a century after his reported death. Even a cursory google search of the count will lead you down a rabbit hole of rumours: alchemist; composer; diplomat; inventor; courtier; scholar; linguist. His allies boasted his genius while those who opposed him called him a fraud. He was a friend to everyone, yet close to precious few, and Isabella is convinced that he’s kept it this way on purpose, though she doesn’t agree. Gathering their own research, Isabella and John endeavour on a marvelous adventure through time, in search of the man they believe has the alchemic knowledge to restore utopia.

What were your biggest challenges?

I typically write fantasy/steampunk, where I have a lot more wiggle room to make the characters exactly what I want them to be. In historical fiction, however, these people are often already documented, their paths already constructed, so it can be a challenge to manipulate them into the narrative when you’re aiming to honour historical accuracy.

In A Peculiar Count in Time, Isabella and John time travel to several points in history, each destination with its own unique stipulations. Figures like Nikola Tesla and Louis XV’s timelines are ironclad, and there are certain perimeters to acknowledge when referencing well documented, yet exclusive groups, like the Freemasons or the Knights Templar. More disputable are the likes of Shakespeare and Vlad Dracul. (Un)Fortunately(?), the further you go back in time, the muddier our knowledge gets, leaving enough blank spots in which history was more open to interpretation, such as with Atlantis, where I was really able to flex my creativity and have fun with it. Even during these breathers however, I was still cross-checking my research on the constant.

Because the anthology had designated word count restrictions, I had to splice the novella up and streamline the narrative to fit – more than two-thirds was cut out – all while still maintaining a cohesive story. It meant that many of the legends tied to St. Germain, as well as several of the time travel destinations, had to be reduced or eliminated. I’m truly proud of the result however, and hope that this excerpt will both stand on its own and entice readers for the unabridged novella.

Thank you M.K. for taking the time to talk to me and I wish you every success with When to Now, and please keep in touch about the full version of the novel. When to Now is available now to buy from Amazon. Not to spoil the experience, but I’ve read the first of the collection and it’s very good. I can’t wait till I get to A Peculiar Count in Time.

If you enjoyed this interview then why not follow my blog where I’ll be posting more interviews soon. I regularly provide an insight into my own experiences as I work towards publishing my debut novel, In The End. If you’re an author, or work in the industry and you’ve got an interesting story to tell, drop me a line on contact@gjstevens.com