Tony Ballantyne is the author of the acclaimed Penrose and Recursion series of novels as well as many short stories that have appeared in magazines and anthologies around the world. He has been nominated for the BSFA and Philip K Dick awards.

Dream Paris, a follow up to the critically acclaimed Dream London, was published in September 2015.

GJ: Thank you Tony for joining me in this conversation. Chris Beckett recommended I talk with you as a writer of really interesting and unusual books. How long have you known Chris for and can you explain why he fondly refers to your books as unusual?

TB: I’ve known Chris for about 15 years. We met at an SF convention in Blackpool. We were both reading extracts from our first novels, as I remember.  I’d always been a fan of his work in Interzone so I went over and said hi.  We’ve been good friends since then.

It’s nice that Chris thinks my books are unusual, but shouldn’t all SF be unusual? That’s what attracted me to the genre in the first place…

GJ: I guess you’re right. It’s kind of in the definition. You run both a writing blog and a tech blog. Does that differentiate the two main parts of your working life or do you work in other areas as well?

TB: I’m also a musician: I play in various groups and bands. I keep toying with the idea of writing more about music, but there’s never enough time. I think maths, music and computing is quite a common combination of interests. The feedback I get from my blogs and the people I play with certainly suggest this is the case.

When I was younger I wanted to be a composer. I quickly realised that wasn’t an option in those days, I couldn’t see a pathway to getting my work heard. Things are different now, of course.  I sometimes wonder about revisiting this…

GJ: Can you tell me about your journey to publishing your first novel?

TB: I’d been successfully selling short stories for some time when Eric Brown, another friend I’d met at an SF convention, said I should write a novel. I can’t remember if it was him who added that I’d never be taken seriously until I had. I’m not sure if that’s true or not but I think every writer should attempt both short stories and novels. They develop very different sets of skills.

I’d had an idea for a novel for some time and so I started to write it.  I discovered the real pleasure of novel writing, which I like to describe as having time to look at the scenery.  Short stories always strike me as being motorbike courier rides, you get from A to B as quickly as possible. With a novel you have the pleasure of really getting to know your characters.

After that I sent the novel to an agent, they sold it to a publisher. That sounds ridiculously straightforward, but it’s not the full story.  I must have written 30 or 40 short stories that hadn’t sold,  I think I’d sold around 20 stories before I started the novel. I had some idea about the sort of thing that would sell – or so I thought.  That’s when my agent came in. They saw the potential in what I’d written, but they gave me a lot of advice and feedback to enable me to turn the original draft into something saleable. 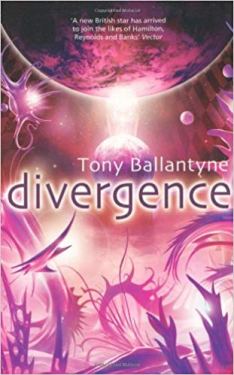 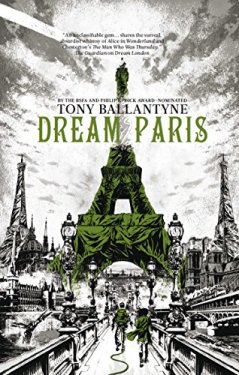 GJ: I guess you’d put the hard work in and it was your moment. If you could go back in time and talk to your younger self, what advice would you give yourself?

TB: Join a writers group! I find having my work critted by other people is invaluable. It’s also nice to speak to other people who have gone through the same experiences: being rejected, finding markets, or just general chat. Even if you’re not a sociable person (and I’m not) I think everyone benefits from a writers group, no matter what their level of experience.

GJ: That’s great advice. I did a blog post about the same subject after getting to know a lot of authors in a writers group in Fairfield, US following the release of an anthology. They found an amazing mix of hard nosed critiquing and building great friendships at the same time. I am yet to follow this advice….

On Chris Beckett’s recommendation I added Dream London to my TBR pile, much to the dismay of my wife who thinks I’ve already got enough unread books. I keep telling her I will get round to reading them as soon as I can. It doesn’t seem enough to just build more bookshelves! Can you tell me about the premise of the Dream World Book Series and is it going to remain a two book series?

TB: The Dream World Series will definitely remain a two book series, but there are spin offs.  This short story was set just over the border http://www.lightspeedmagazine.com/fiction/pound-darkness-quarter-dreams/

I’m increasingly unsure what the premise behind the Dream World Series is. I can sort of feel the logic behind the place and I know when I’m writing a story whether it feels right, but beyond that I can’t really say. The world comes from my subconscious, if I get in the right state of mind the story just flows. (Actually, this is the place where all the best stories come from.  Eric Brown taught me that trick, years ago.)

GJ: Are you working on a new novel?

TB: Two! Well, one and a half. I’ve almost completed a Detective Fantasy novel. It would have been completed back in March, but I put it on hold following the sad passing of my Father in August. Since then I’ve been working through my feelings by writing a series of short stories. These are almost completed. The process has been one of catharsis more than anything else.

GJ: I’m sorry to hear about your Father, but I’m glad you have been able to find comfort with your writing. Can you tell me about the other novel you’re working on?

TB: I never like saying too much about what I’m working on! What I will say is the idea arrived fully formed. I had an idea for the main character and then, about 30 pages, in a second character arrived and after that they basically did all the work. All I’ve done is listen in to their conversations and write them down. I’ve added a bit of description of the surroundings and that’s been it. To be honest, I feel quite peripheral to the whole process.

GJ: Ha ha, great and I know exactly what you mean. When I wrote In The End, I was just watching my characters reacting to the horrible obstacles I kept throwing at them. Do you get involved in the marketing and promotion for your books? Other than your blog, you seem to keep a pretty low profile. Is that intensional?

TB: It’s certainly in my nature. I do get involved in marketing and promotion, but writing is what makes me happiest. I’ve never enjoyed being in the spotlight.

GJ: Thank you Tony for chatting with me today. As Tony mentioned, he is currently working on a Detective Fantasy and a short story collection. Due to popular demand, he is also working on a series of short stories set in the Recursion universe. You can find out more at tonyballantyne.com

If you enjoyed this interview then why not follow my blog where I’ll be posting more interviews and conversations soon. I regularly provide an insight into my own experiences as I publish my debut novel, In The End, an apocalyptic thriller that will leave you breathless, available to pre-order now.

If you’re an author, or work in the industry and you’ve got an interesting story to tell, drop me a line on contact@gjstevens.com